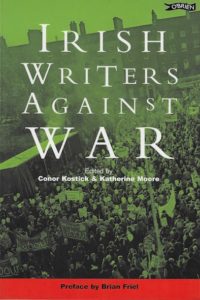 A new recruit to a rebel group is smuggled aboard a train. Hidden in the cramped confines of a wooden crate, a young man named Benyan plans a supernatural attack on the enemies of his country. Carrying the ghosts of victims of violence inside him, ready to unleash their revenge, he suffers fear and doubt as their memories mingle with his.