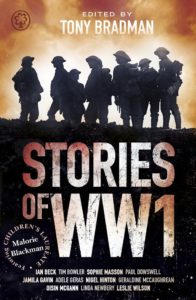 An Irish soldier fighting in the trenches in France in 1916 suffers a crippling injury. Returning to Ireland, Jimmy discovers things are changing at home. The leaders of the Easter Rising have been executed and there is an ever greater appetite for rebellion against the British Empire. Irish men who fought for the British Army are regarded as traitors by some, but Jimmy’s skills as a soldier may well be put to good use.