I’ve been struggling to keep up with all the reading I want to do, mostly because of all the reading I feel I have to do – for research for work, or because I’ve had a book loaned to me, or because I’m going to be meeting the author, or have met them, or I’m reviewing something (I do the odd one here and there), or just because I’m trying to keep up with what’s current – not that there’s much hope of that.
People assume that if you produce books for a living, you must know a lot about what’s out there. This is often far from the truth – I would not consider myself a scholar of literature; not even of children’s or young adult books. Making your own books often means you don’t have a lot of time to read other people’s, and being stuck at a desk all day makes you more inclined to go and do something else, rather than continue sitting in and reading.
This also means that the proportion of books you read for pure pleasure – just because you want to read them – is smaller than you’d like it to be. But lately, I have been getting back to reading for the sheer enjoyment of it, after slacking off a bit over the couple of years when the two girls were born (due mainly to a very tired brain). So here are a few gems I’ve come across, some you’ll probably have heard of already, but some you might not.

As with the films I covered in a previous post, I’ve just decided to mention some of the books which have remained stuck in my head, on the simple basis that this is what a good book should do.
‘Monsters of Men’ is the third in Patrick Ness’s ‘Chaos Walking’ Trilogy. Todd is a boy living in a world where men’s most personal thoughts are broadcast telepathically from their heads like radio. In ‘The Knife of Never Letting Go’, Todd flees his home-town and its ruthless, machiavellian mayor, and finds himself set on a path through a civilization he thought was long dead. ‘Monsters of Men’ is the epic conclusion; a violent, breathtaking, thought-provoking book. The trilogy is a superbly-evoked description of a thrilling tale of personal internal struggles, power politics and war that is complex, but easy to follow, with all the elements you’d want in a rich, gripping story. As a series, ‘Chaos Walking’ is a fine achievement, and unusually for a trilogy, it has no weak link – that book which doesn’t stand up to the others. There was a point in the second book, ‘The Ask and The Answer’, when I thought Ness might be losing his way a bit, but he pulled it through and then finished with this stonker of a third book.
China Mieville’s ‘The City and The City’ starts as a murder mystery, but it’s much more about the weird, almost cold war politics, between two cities: Beszel and Ul Qoma.

The border between these cities is either purely cultural, or straddles some kind of dimensional portal – how much of each is down to your interpretation. Mieville is one of my favourite writers, an incredible weaver of stories and worlds. As his detective, Inspector Borlu, struggles to unravel the mystery amid the mire of bureacracy, facing hostile authorities and the dreaded, mythical enforcers of the divide – known only as ‘Breach’ – we’re treated to a clever, mind-altering experience as we’re challenged to believe that two cities can occupy the same space. There are times when I think the pace suffers from Mieville’s love of his subject – indulging in descriptions of the cities’ contrasts rather than getting on with the story (though this could have been down to my tired brain again). But this is an excellent, engrossing and original story that stays with you long after you close the book. On a side note, I’m in the middle of reading Mieville’s ‘Kraken’, and I’m lapping it up.

I had the pleasure of introducing Keith Gray at the last CBI Conference in May. I know Keith, and I’d read his some of his stuff already, but couldn’t get hold of his latest book in time, so I read ‘The Fearful’ instead. The strapline is a good lead in: ‘For those who want to believe, no proof is needed. But for those who can’t believe, no evidence is enough.’ Tim isn’t sure he believes in the monster in the lake any more, but his father’s way of life is based on that belief, and it affects many other people around them. ‘The Fearful’ is a slowly-building, haunting story about a boy’s rebellion against tradition and his father’s beliefs, and the people who threaten their way of life in a more physical way. It asks serious questions about faith, and people’s views of those with beliefs at odds with their own. A story that gets under your skin.

I was asked to review ‘Rot and Ruin’ by Jonathan Maberry for Inis Magazine. It turned out to be a real treat. It is rare to find a zombie story that is anything more than pulp fiction (which is absolutely fine), but Maberry brings a new perspective to the well-trodden territory of the apocalyptic zombie landscape. The story reads as a solid horror/thriller, with a sound plot and well-rounded characters. Benny Imura has issues with his older brother. Tom is a well-known zombie-killer, but Benny believes him to be a coward who left their parents to die when Benny was very young. As Benny is reluctantly drawn into his brother’s line of work, he learns that much of what he knows about his world is wrong. In a land overrun with zombies, Benny slowly realizes that humans can be the worst monsters, and there’s a reason for Tom’s weird, almost respectful approach to dispatching the undead. Because every zombie was once somebody’s loved one – and Tom sees his job as giving closure to the living, rather than collecting the heads of the dead. ‘Rot and Ruin’ is, dare I say it, is a zombie story with heart.
A quick mention for a couple of comics: I’ve recently finished the second, third and fourth ‘Criminal’ books, by Ed Brubaker and Sean Phillips, hard-boiled crime stories that push all the right buttons. And there was also a blast from the past in the form of ‘Daredevil:Born Again’, by Frank Miller and David Mazzucchelli. Daredevil was always one of Marvel’s more grounded, more human heroes, and Miller’s stint on the series – both as writer and artist – for me, still represents some of his best work, back before he became world-famous for over-the-top antics like ‘Sin City’. If you want to see how good Miller can really be, check out his old Daredevil stuff. 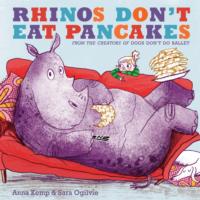 Looking back at all these books I’ve mentioned, I’m struck by the fact that they all have pretty dark themes. That’s not very surprising – I often lean towards dark themes. I have read a lot of other stuff, but nothing springs to mind as easily as these books have. However, as I am reading picture books to my girls on a regular basis, I feel I should chuck one in here. ‘Rhinos Don’t Eat Pancakes’ was a spontaneous buy during a recent visit to a bookshop. It’s written by Anna Kemp and illustrated by Sara Ogilvie. I hadn’t heard of either of them, but I liked the text and thought the illustrations were lovely – particularly given the all the examples of expressionistic, but badly-drawn, stuff that’s being thrown at young kids now. So after a quick test-reading with my two-year-old in the shop, we gave the book a home. It has since stood the test of multiple readings, and we look forward to quite a few more.