The illegal copying and distribution of digital books. We knew this was coming – in fact, it’s been possible for a while. Ever since book production went digital, and distribution went online. But thanks to Amazon’s Kindle Direct Publishing and some handy pieces of dodgy software, any git with a smidgeon of computer savvy can now rip off somebody else’s book and sell it as their own . . . in industrial quantities. 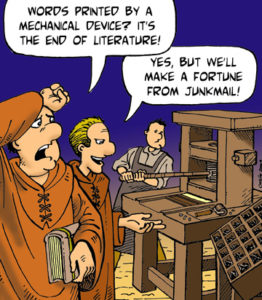 This is what publishers have been gnawing away at their nails about for the last few years. Margins in the book industry are small enough without someone nicking your stuff and copying wholesale.

You can get DVDs showing you how to do this. There are online courses.
Amazon has been marketing itself as an easy means for writers to publish themselves – angling to become a producer as well as a distributor. On one hand, it’s a smart move, and a real boon for writers (albeit one that offers no filter of quality). But the internet giant is facing a serious problem with what has become known as ‘book spam’.

Online cowboys are getting hold of content through what is referred to as Private Label Rights. This is where you buy text, including the right (a rather arbitrary term in this case) to use it, reformat it, change it or even claim it as your own. People are copying-and-pasting what is often poor quality content in forms such as a cookbook, a diet plan, a get-rich-quick scheme or a travel book into an ebook format which they then put up for sale cheap online, using platforms like Amazon’s and programmes such as Autopilot Kindle Cash.

As far as I know, this isn’t technically illegal – it just means Amazon and the like are publishing a wave of garbage that book-buyers have to wade through in search of anything of value. But some pirates are actually pulling the content from existing books, removing the author’s name, changing the cover and passing it off as their own work. This takes very little work, so even a few sales can make it worthwhile. I’ve heard different figures, but apparently Amazon pays between 30%-75% of the price of the book to the author, depending on the size of the book. And it seems you can even just add irrelevant or repetitive text just to bulk it out and make it look like the book is better value. 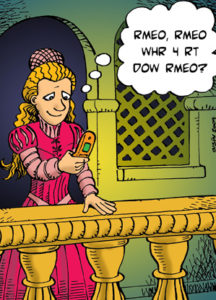 Amazon and other distributors can use software to detect when two ebooks have exactly the same text, just as search engines can detect when the same piece of text has been used on more than one website and filter it out during a search. But some book pirates use a process known as ‘spinning’, where they use a piece of software – an ‘auto spinner’ – to alter the text, changing and replacing words, so that it looks just different enough to fool the search engines.

This is fast becoming a big business. According to Reuters, 302,000 conventional books were released in the US in 2009, versus 1.33 million non-traditional books, including ebooks. Contrast this with 2010, when 316,000 traditional books were published, compared to almost 2.8 million non-traditional books (quoting Albert Greco, a publishing industry expert at Fordham University’s business school). That’s a massive jump in one year, and it’s just going to keep growing. If book pirates can grab even a small percentage of that with little effort, especially if a lot of the work is automated, they can make a fortune. 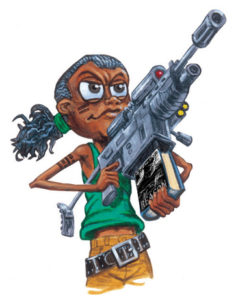 This is a big deal for authors too. I publish about a novel a year (the publisher’s schedule, not mine), along with a few other different projects. Even after I’ve finished writing the book, it usually takes about a year before it reaches the shops. Someone else can dump a load of content into an ebook in minutes, with the same title, even sticking my name on it, and put it online. Worse still, they can just rip off my story and publish it under another name. Then they can switch to automatic fire, replicate it over and over again, just slightly differently each time, and blast it out there as often as they like.

Amazon are not sitting still on this – after all, it’s bad business and it’s doing serious damage to their brand. And it threatens to do the same to others who’d like some of that business, like Barnes and Noble, and no doubt Google at some point too. Companies like these are determined to offer this self-publishing service – and who can blame them, when you consider most of the people who read books would love to be able to write one? But these firms  are quickly going to find themselves in the same boat as the film and music producers. 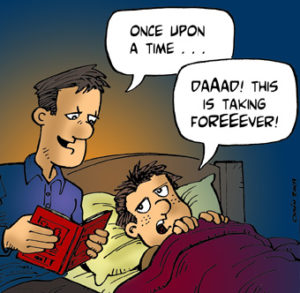 This uncomfortable trend for ripping off books could quickly become a hoard of spammers and pirates armed with spinners and PLR and all manner of other dastardly devices. Filtering them out will mean proper detection systems (that’s a link to the best article I’ve seen so far on this subject), but also human resources – real live people, sifting through this stuff and getting rid of the randomly-generated garbage, and the scale of that job is going to increase exponentially.

I’ve been all for this digital revolution, but I’ve been saying for a long time that the publishing industry needs to take the reins, rather than letting our futures be decided by the people who design the technology (see ‘Seizing the Means of Production’ Part 1, Part 2 and Part 3).

‘Waiting to see what happens’ is not a strategy. And approaches such as Digital Rights Management (which controls access to a given file), holding ISP’s responsible and copyright breach lawsuits are next to useless if we don’t get the consumers on our side. It’s no point trying the punish ‘wrong-doers’ if everyone is doing wrong, because they can get the same quality product quicker and easier for free from an illegal source. Here are a few points to think about, just from the production point of view: 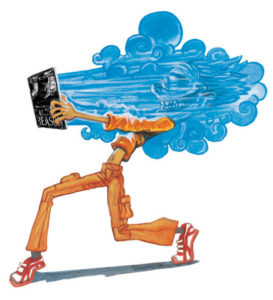 We can produce this stuff far better, and offer far more, than the pirates. And it should be much easier for us to earn our readers’ trust and loyalty. But to do this, we need to convince them that we can provide them with these books in a way that is substantially better than the one which might offer those readers the same books much cheaper, or even for free.

We won’t beat piracy by focussing all our efforts on punishing the criminals who are beginning to steal our books. We have to beat these pirates by stealing their customers. Selling books is our business. Let’s show them how it should be done.