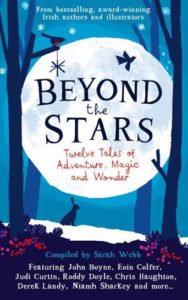 After his brother is reported missing in action in France, Charley enlists in the British Army and finds himself in the front lines at the Somme. He receives a letter from home, something to be treasured, but with the order to go over the top only hours away, he decides not to read it until he has returned. When he and his best friend, Mick, are cut off from the rest of their company out near the German lines in a merciless artillery barrage, Charley starts to wonder if he’ll ever find out what was in that letter.