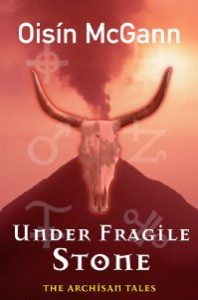 Hunted by a vicious tribe of trappers, in a land that is tearing itself apart...

When a cave-in traps their parents in a network of caves beneath a haunted mountain, Taya and Lorkin know that their only hope lies in opening a long-forgotten entrance. Unfortunately, the entrance lies deep in the territory of the Reisenicks, a tribe of warped and violent mountain dwellers. 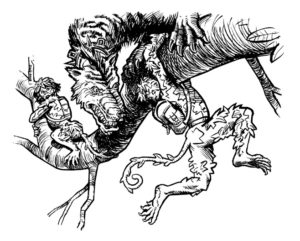 But Taya and Lorkrin are no ordinary children, they are Myunans like their parents, shape-changers able to sculpt their flesh as if it were modelling clay. They join a team of rescuers led by their Uncle Emos and Draegar, a barbarian mapmaker, who make their way up into the hills to find the entrance to the caves.

But what is causing the earth tremors that shake the land around them? And why are the Reisenicks so intent on stopping the rescuers? The answers could be the difference between life and death for their parents, and for everyone who lives in the shadow of the cursed mountain.

Cover of the Russian edition: 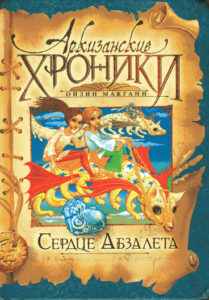