If you’ve had any interest in all the developments in the publishing world over the last ten years – and if you’re in the publishing business, it’s pretty unavoidable – you may already have watched Amanda Palmer’s recent talk on TED about how she built an audience, a community of fans. And then asked them to voluntarily pay for her music, both live and recorded, instead of enforcing a price.

It’s a challenging and inspiring talk, and one that everybody in any entertainment business should check out. It’s all about creating a connection with fans, building trust – a trust that your fans will value your art enough to want to pay for it, without being forced to. 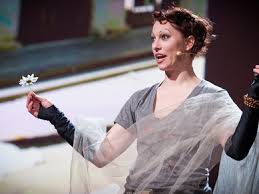 Some people, particularly businesses who live off artists and the rights to their work, might find this hard to swallow, but Palmer has most definitely demonstrated that it can be made to work, though it takes serious personal investment from the artist. If you want to look at this from a publishing point of view, you can check out a good article by Publishthings here.

But I need to make a point from my position as a children’s writer and illustrator, and from the point of view of others in the same position. Because those of us who produce work for children face a unique problem.
Most of our audience can’t pay, even if they want to.

Children’s writers put more work into creating a link with our audience than any other area of literature. Most of the professional children’s writers I know are constantly on the road, doing events, or working to build their profile online. It’s not enough to write – you have to effectively become a children’s entertainer. We’re more akin to musicians in that, for some, nearly as many kids will hear us speak live as read our books. If there’s one huge barrier people in my profession are constantly trying to overcome, it’s our reliance on the gatekeepers – not just the reviewers, teachers, librarians and booksellers, but also the parents of the children we’re trying to reach.

This is something I twigged to when I first considered trying something like a Kickstarter project.

For younger kids, they will never buy a book without a parent’s or other responsible adult’s input and assistance. With older kids, they can buy those things in a shop, and may not want an adult’s input, but they cannot contribute directly to a writer using any online system, because they don’t have credit or debit cards. And speaking as a parent, my kids aren’t going to be doing any online transactions, alone, any time soon.

So we find ourselves, as ever, in a position where the people whose emotional involvement we seek – so vital in creating that connection that convinces your community to support you – are not the same ones who are paying for our work. Instead, we’re back to trying to appeal to the adults who are not so emotionally invested in our work, and in many cases, may not like, understand or even approve of it. And bizarrely, they seem to exercise their judgement in relation to books, far more than they do with television, film or games. Or maybe it’s just the parents who actually buy books regularly who do this. Which is worrying for a whole other reason.

Anyway, I believe that this community-driven approach to the arts represents the future for many artists who can’t or won’t reach for the dizzy heights of corporate representation. Frankly, I think it’s foolish to rely completely on any publisher for your income, and the vast majority of writers can’t make a living that way anyway.

But how do you build an income based on community involvement, if your community can’t pay?

It’s not actually a new question. Making a living solely as a writer of fiction has always been tough, even from the time that people were able to do it, which isn’t that far back. In fact, it might well be an act of arrogance to assume that it’s possible in all but the most favourable of circumstances. And yet some of us do persist at it.

What it comes down to for kids’ writers, I think, is to face something I’ve been convinced of for a long time. We must not think of ourselves as children’s writers, but as universal storytellers, able to appeal to a range of ages, in a range of ways. Children’s films have been doing this for some time. We can provide something that is becoming increasingly precious; a link between parent and child at any age. From reading a story with your young child, to having a conversation about a YA novel with your older kid, we are capable of producing work that parents and children can enjoy together. Books like ‘Harry Potter’, ‘The Hunger Games’ and ‘Twilight’ weren’t huge because kids read them. They were huge because EVERYONE read them.

I’m not suggesting we try and write every story for everyone. That would, of course, be an exercise in pointlessness and frustration. We have to write the stuff we know we can write.  I think, instead, we need to recognize that different types of audience will access our work in different ways. And not all of those ways will involve reading . . . and not all of them will involve paying. I don’t believe in using quotes very often, but this one from Cory Doctorow gets to the heart of the matter:

A while back, I suggested to the publishers of my novels in the UK, Random House, that we release Rat Runners in installments, free online. The entire book. 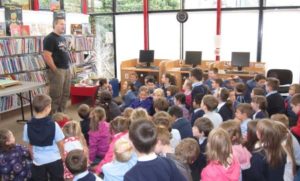 My idea was that, while plenty of people might get to read it for free in these episodes, it could create an audience for a potential series – a new audience, some of whom might prefer to read it in print. Random had actually tried this themselves with a romance story. They attracted a readership in its millions, but then they couldn’t figure out how to sell it online. My take on it was, they shouldn’t have bothered. Anybody who wanted to read it online, already could. But a proportion of those readers might have preferred to buy the book. Even if it was only one in hundred, it would still be a bestseller. Yes, you’d have given it away for free, but you’d also have gained sales you’d never otherwise have, and could have been well on the way to building the kind of fan base that can provide that lovely profit.

Needless to say, ‘Rat Runners’ did not get released for free, and I can fully understand their reasons. It simply doesn’t fit the model of selling the publishing industry has always had, and seems to threaten the precious copyright that makes reproduction of art a workable business. But with electronic formats, the attempts to enforce copyright on every piece of text you produce is pointless. We have to sell to those who will pay, to trust that they will – because those who can take it will anyway. We have to do away with Digital Rights Management, but also anything else that stands in the way of readers getting access to our books.

Libraries are based on this principle, and pretty much every writer supports them, right? And some of the payback is that we get paid to come to libraries to do events which promote our work.

We have to offer the most loyal members of our audience access that is enhanced or more personal, so that some of those readers will choose to pay for it – the ones we really need, who can provide the artist with an income.
But publishers can only do part of this, and then have to let go. After that, it’s up to the writer to get out there and make that connection with the audience, as so many children’s writers already do. We have to go to our audience, rather than hoping they’ll come to us – both online and in the shape of events. We have to offer our stories up in different ways, appeal to our varied audiences in different ways, but most importantly, for children’s writers, we need to provide ways to empower kids to find and access our work without adult help, without doing it in a way that parents find threatening. And that means accepting that kids can’t pay for stuff online without supervision, so we have to work on the assumption that they can’t pay at all.

We can’t rely on others to do this for us. Our publishers can’t and won’t do it – though they could help – our audience will only come looking for us once we’ve developed that loyalty and shown we will reward it by getting involved with them in a way that means more than just telling them stories. It was never how I thought it would be when I set out in this career, but this is where I find myself. And yet, as I’ve found over the years, creating this connection can be as enjoyable as it is rewarding. The work outside the books becomes a fun and rewarding experience in its own right.

Yes, I want to make my living writing and illustrating stories. But I’ve had to redefine that ‘living’ a bit slightly. And it keeps changing on me. It’s still an experience I’m relishing.