I was invited to Dublin Zoo for World Book Day, to do a spot on the John Murray Show on RTE Radio 1. Basically, they said ‘we’re going to surround two classes of schoolchildren with snakes, elephants, and other wild animals, oh . . . and there’ll be live music from somebody from ‘The Voice’ too.

‘Then you’ll be given about three minutes to get the kids’ attention.’

It was good craic, but a pretty typical example of being on the radio. Even though it’s a great chance to reach a huge audience, there’s rarely time to say much, so I’ve learned to plan what I want to say, and how to get it said in the time allowed. 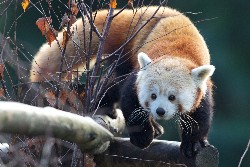 They’re not big into meandering discussion in the media.

I did get to touch a hefty red-footed tortoise and a small royal python, which was nice.

There was a time, back in school (quite a long time, and quite a long time ago), when I wanted to be a zoologist (as well as writing and illustrating stories), so it was cool to get to wander round the zoo while there was still hardly anyone there, and get a look at the new gorilla enclosure among other things. That wasn’t open last time we took the kids.

I’ve still got mixed feelings about zoos; I know they’ve got a lot better, a lot more humane over the last few decades, but we’re still keeping animals in captivity that are built for the wild, particularly the bigger ones, which should be roaming for miles to find food. The elephants, the giraffes and rhinos, the zebras and the big cats, and particularly the apes . . . they really shouldn’t be kept this way.

But they are treated well, they’re well fed and they do have an easy lifestyle, medical care and I’m sure that the keepers truly love their charges for the most part. Maybe this connection that zoos create between ‘wild’ animals and people – particularly children – and the knowledge they spread, make up for keeping these creatures imprisoned.

Speaking of being well fed . . . with all the events I do in different places, people can be very generous, and as a visitor, I’m occasionally given some small gift, or particularly pieces of artwork created by the kids I meet. These are never expected, but always appreciated. But yesterday I was in Strangford College in County Down, and was presented with what could be the best gift I’ve ever received at an event.

The school librarian there, Joanne, had her local cake designer create some buns using images from my books, and you can see the results in the photo. The two reddy brown rectangles, if you can’t make them out, are the rusting barrels of toxic waste in ‘The Poison Factory’, but the self-portrait from my website and the cover image from ‘Mad Grandad’s Doppelganger’ should be easy to see. To use the cliche, my jaw dropped when I saw them.

My thanks to Joanne, and everyone at Strangford College. These really did look too good to eat but, y’know, it would be rude not to . . . and they taste as good as they look.

One thought on “Rare Treats”