So, I didn’t win the Mordus du Polar Award in France (goddamnit). That honour went to Marie-Aude Murail for ‘Le Tueur a la Cravate’ – congratulations Marie-Aude.

While I’m on, there are a few things I thought worth spreading word about:

I did a recent guest post on a blog called Pivot Dublin, which is devoted to design issues of all kinds. 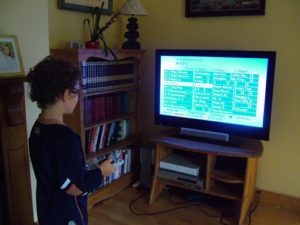 My piece concerns my doubts about our ability to create books for kids moving from the stage where they’re confident to read, to where they might be able to read novels. I think one of the main problems here is that the publishing industry is, understandably enough, run by book-lovers. But that has led to a kind of prejudice when it comes to reading, and we’re seeing it when kids hit eight or nine. With kids increasingly reading in so many different ways, we should be able to convince increasing numbers to read books, but we’re not. I think the way we approach the design of books is one of the reasons for this.

On a different note, I’m going to be doing a couple of events down in Listowel for their Writers’ Week. The dates are yet to be finalized, but there’ll be at least two events down there.

In other news, I found an interesting piece on self-publishing versus going mainstream recently, and whether the Big Six publishers are floundering or merely changing slowly. It’s informative and well-argued. You should check it out.

Speaking of the publishers and what they’re up to, David Maybury’s recent piece on Bologna Book Fair for the Bookseller is full of enlightening notes. And while we’re there, word of looting at Bologna might make you wonder what strange breed goes to a book fair to steal books.

What was the whole point in going digital if people are going to just steal the printed versions?