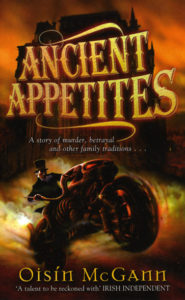 A story of murder, betrayal and other family traditions.

It is the nineteenth century and as the British Empire begins its slow collapse, huge business empires are beginning to take its place. One of the most powerful is controlled by the Wildenstern family.

When Nate Wildenstern's eldest brother, Marcus, dies in suspicious circumstances, Nate suspects foul play - for this is a family that has grown rich through ruthless ambition, whose members are trained from childhood in the arts of assassination and conspiracy. They have supernatural resilience and healing abilities and many live for more than a century. Others die early. In the Wildenstern family, it is considered acceptable to murder in order to advance your position.

Nate's investigations bring him into conflict with his sister-in-law, Daisy, his remaining brother, Roberto, as well as living machines, Fenian rebels, his implacable father, a host of hostile conspiring relatives and the thugs who do their dirty work. But when a disaster uncovers the mummified remains of four of their ancestors, the family divides along new lines and the struggle for power takes a new and horrible turn... 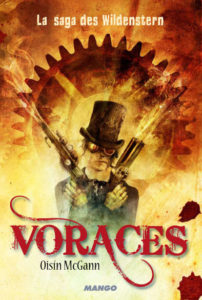 Ancient Appetites is published by Mango Jeunesse in France, as Voraces. 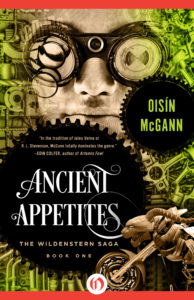