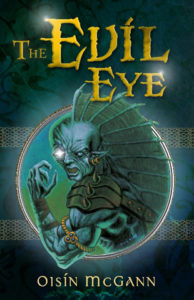 The Irish tribes are not lacking in bravery, but no warrior can withstand the sorcery of Balor’s right eye. His gaze can burn flesh and strip bone. It takes four men to hold him steady when he unleashes the full force of his lethal stare.

But one young man named Lug intends to kill Balor. If he can only get close enough to the sea demon... without being obliterated.

A classic Irish legend, retold for a modern audience.